Since our last community update in September, we had some great things happen for Cryptage, including a very successful visit to Crypto Games Conference in Minsk in October and winning IMGA’s first Blockchain Game Award soon afterwards.

However, it wasn’t all rainbows and unicorns and in December we made the difficult decision of freezing further development for the time being. Although we confirmed this on the homepage and our Discord, we feel it’s high time we shared more about this decision with the community. All of you have been nothing but supportive ever since we first shared the game for testing almost a full year ago and we want you to know the whole story.

First of all, to best explain everything, we want to briefly go back to the very beginning of the whole project and highlight that Cryptage was the first game all of us from the core Decenter team worked on. We’ve had a couple of game designers and visual artists join us periodically, yes, but it was our idea from the start and we actually feel very proud of where we got to.

Our main goal from the get-go was to create the first blockchain-based game with actual gameplay. At the moment we set off, there were games like CryptoKitties and EtherGoo, games that didn’t require any input or decision making from the user and whose outcome depended on mechanisms that player had no influence over. This is something we believe we successfully achieved, although new blockchain games with gameplay were introduced in the meantime, too.

Moreover, we also succeeded in making Cryptage educational for newcomers into the blockchain world with the build-your-own-crypto-empire theme we’ve selected. This is something that has been praised by many, including IMGA when they talked about why Cryptage won their first award for blockchain games. Although some could argue that Cryptage is not yet an actual blockchain game, as it’s currently running on a test network, we would also argue that this actually makes it even more accessible to users who are just being introduced to the world of blockchain games and other DApps.

All of this sounds great, however…

While Cryptage has that educational element nailed down, it wasn’t long before users started noticing that the entertainment factor starts fading away as one keeps playing. This is something we considered a high priority issue and started developing additional game mechanics to alleviate it. For example, we planned to introduce various time-limited challenges that would allow players to win new cards without buying card packs, among other things.

In addition, we initially also didn’t put enough thought into ETH earning mechanics for players, something that has been asked about regularly. Instead, we focused on implementing and showcasing technology and creating engaging gameplay, making this another long-standing issue that required a lot of attention.

It was at this point that basically the whole ecosystem started feeling the strain of the bear market and our team was not excluded. Nevertheless, we still want to underline that we never wanted to run an ICO or a pre-sale of in-game items at any point during development. While the potential funding received this way would have relieved some pressure off an otherwise self-funded team through the bear market, we didn’t want to make any promises to our players in an industry with such a high degree of instability and uncertainty. If anything, that would put more pressure on the team due to greatly increased expectations. We simply didn’t feel these ways of funding were an appropriate or justifiable choice for a project such as ours.

In the end, one of the greatest issues we faced was that we failed to predict the DApps user base and market growth. Back in late 2017, when we first started thinking about building DApps, we thought that in about a year’s worth of time users would simply be there, in tens if not hundreds of thousands. It took us too long to realise this wasn’t going to be the case. Until December last year, Cryptage was our main project, the one we kept putting most hours into, month after month. At that point that we decided this wasn’t feasible any longer and a team agreement was made to pause Cryptage development.

What’s next for Cryptage and Decenter?

Although we are not actively working on it, Cryptage will remain online in the current version that hasn’t had any bugs or instabilities reported. And if you have friends who you want to introduce to blockchain gaming or teach them how interacting with DApps works, we believe it’s an excellent choice for that.

At this point we cannot decisively say when or even if development will be continued. We would still need to put in a ton of work into implementing everything we wanted to and then a ton more to have everything absolutely ready for a launch on the mainnet. We will update you when we have any news and we welcome you to join the Cryptage discord if you’d like to chat – we are still very much present there.

As for Decenter and our projects, we continue building on the Ethereum platform. For the past few months our main focus has been working on CDP Saver, a complete CDP management platform for users of the MakerDAO system. It will include some very nice features, like the option to automatically rescue CDPs from liquidation, so we’re very excited about bringing it to users.

If you would like to stay up to date with news from our team, make sure to connect via Twitter.

Thank you for your continued support and talk soon. 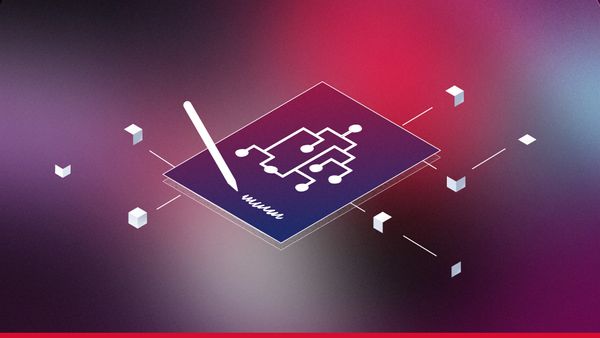 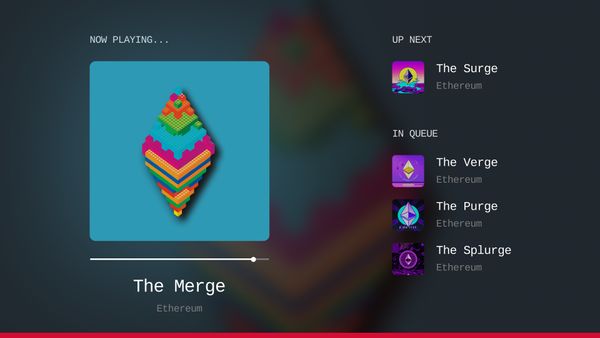